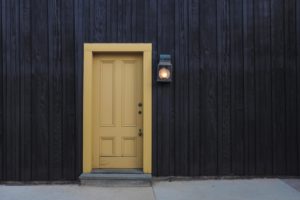 “Back door hires”, “back door placements”, “back dooring”, call it what you like, it’s incredibly frustrating when it happens. At best it can happen by accident. At worst it can be a deliberate attempt to get one over on the recruitment company.

Back door hires aren’t just limited to your client taking that candidate on behind your back. They extend to when a client introduces the candidate you introduced to them, to a third party.

Back door hires aren’t limited to one particular type of recruitment either. It happens across the board, in perm, temp, interim, executive and agency recruitment. This means there are a number of ways that a back door hire can manifest itself.

Now you know what you’re looking for its time to keep your eyes and ears open.

If you are an agency recruiter, you may hear on the grapevine that a candidate who you thought had finished a contract with a client is actually still there, or has gone back there 2 weeks later but not via you. If you do perm recruitment you might see on LinkedIn that the candidate your client turned down is now working there. It is also possible that the interim executive you had with a client for 6 months is now working for a subsidiary of that client as a direct consequence of the original placement through you. To get really serious, there is also software out there that actively searches for back door placements. But what can you actually do about it?

So the first and somewhat obvious stage is to ask your client to pay up. How you do this depends on a couple of things – exactly what your loss is, and what your relationship is with the client. In perm recruitment it is slightly easier to chase a lost introduction fee when it is a fixed percentage of an annual salary. In that scenario you can send an invoice for your fee in accordance with your terms, as you normally would. That would be the case whether the client had taken your candidate on direct, or introduced them to a 3rd party behind your back.

In interim and contract recruitment it can be a bit more complicated, because of how to calculate your fee. Ultimately you need to look at what you have lost – either your margin on the placement, or a fee based on a fixed percentage (if the client hasn’t opted for an extended period of hire) set out in your terms of business, for transfer and 3rd party introductions.

But what if the client doesn’t pay the invoice for your fee and you don’t need to hang on to the relationship with them? Don’t hang around, follow it up. Persistence pays. And if you have no luck yourself, don’t hesitate to instruct a solicitor to send the client a Letter Before Claim.

A Letter Before Claim is a formal demand for payment, sent in accordance with the rules of the civil courts in the UK, giving the client a minimum of 14 days to pay you. In a lot of cases, sending this letter is enough to encourage payment, or at the very least open a dialogue with the client which they may have previously tried to ignore. We often find that clients don’t take things seriously until you get a solicitor involved, but once you do it’s a lot easier. It means that you can get on with doing what you do best, and leave chasing the client in the hands of someone (like us) who are trained to recover your fee. That may cool the heat between you and your client too.

Sometimes though, there is no negotiating with a client, and all you can do is start Court proceedings against them. If you’ve got a good case, we can offer to do this on a “no win, no fee” basis. But even if we do, issuing court proceedings isn’t normally a quick win. The first step is to serve the claim on the client (now the Defendant), who then has a period of time to respond. They might respond by paying, but often it will be in the form of a Defence. If the Defendant does serve a Defence, and both sides have set out their respective positions, the Court has a timetable that sets you on the road to Trial.

Although it is estimated that only 1% of issued claims actually end up at trial, you have to be prepared to go all the way. There are lots of opportunities along the way to try to settle the claim, but if you don’t settle it, you are going to have to produce all the evidence to support your case and convince a Judge that you are entitled to that fee. This means not only having all the paperwork in order to prove the introduction, but having witnesses who will testify in Court to what happened.

But don’t let this put you off. If you have a good case and your house is in order, you should go for it. Don’t let that client get away with it! And rest assured we can help you, every step of the way, to recover those backdoor fees.