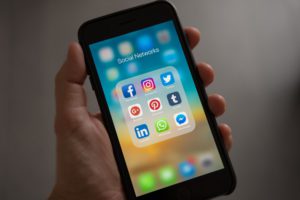 Pretty much every Recruitment Company I act for encourages its Consultants to use social media to promote their business. Twitter, Facebook, LinkedIn; Consultants seek out and make new contacts and connections as a fundamental part of their business activity on a daily basis. LinkedIn has even developed its Recruiter tool to capitalise on the way Consultants now do business.

But what about if your Consultant leaves? What happens post employment to all those LinkedIn contacts? In this blog I look at who owns what, and what you can do to protect what you own.

Before the world of social media and networking sites such as LinkedIn existed, the position regarding ownership of a company’s contacts and databases were fairly straightforward. On the whole materials created during the course of employment were of a confidential nature and deemed to be the employer’s proprietary information. However, when it comes to contacts made via social media the position has not been so clear cut.

As with other social medial services, when an individual opens a LinkedIn account it requires them to enter into a contract with LinkedIn agreeing not to transfer ownership to any other person and to keep the password confidential. Your employee will therefore own the LinkedIn account, and is not permitted to give ownership to you as their employer. The question is not therefore who owns the account, that’s clear – it’s your employee, but who owns the contacts. Are the contacts obtained during employment classed as confidential information owned by the employer? Or are they owned by the employee because it’s their account?

The first case in the UK to bring to the fore the risk of appropriation of company confidential information via online networking sites was Hays Specialist Recruitment (Holdings) Ltd and Ions [2008].

Ions was employed by Hays from 2001 to 2007, when he left to set up his own rival agency. He was suspected of using confidential information concerning clients and contacts copied during his employment from the social networking site, LinkedIn and breaching restrictive covenants in his contact of employment. Hays inspected Ions’ email account once he had left and found evidence that he had invited two of Hays’ clients to join his LinkedIn network, and they had well-founded suspicions that there were more.

Hays sought an order from the High Court for pre-action disclosure of Ions’ entire database of, and communications with, business contacts made whilst employed by Hays. They claimed that this information was confidential. In response, and in relation to contacts he had made on LinkedIn, Ions argued that once the contact had accepted his invitation on LinkedIn it ceased to be confidential. The Court rejected this argument and ordered Ions to disclose all his LinkedIn business contacts as requested by Hays, plus all emails sent or received through his LinkedIn account from Hay’s computer network. The view taken by the Court was that even if the contacts were uploaded with the consent of Hays, such authorisation was likely to be limited for the purposes of employment.

In this case the law made a clear distinction between ownership of an account such as LinkedIn and ownership of the information within the account, the latter of which was retained by Hays.

Another similar and more recent case, albeit outside of Recruitment, is Whitmar Publications Ltd v Gamage, Wright, Crawley and Earth Island Publishing Ltd [2013]. This looks not just at contacts made on LinkedIn, but at Groups too.

The Defendants Gamage, Wright and Crawley left Whitmar Publications to pursue their own business – Earth Island Publishing Limited. In its case against them, Whitmar alleged that the individual Defendants had taken steps to compete against the company while still employed by it. Whitmar alleged that they had misused Whitmar’s confidential information, its database rights and breached their terms of employment.  Within that confidential information fell LinkedIn Groups which had been managed by one or more of the individual Defendants.

In relation to the LinkedIn Groups, Whitmar claimed that whilst they had been managed by Ms Wright on behalf of Whitmar during her employment, the Defendants had used the Groups for the benefit of their competing business (Earth Island) while still employed by Whitmar. Whitmar sought an order from the High Court for an interim injunction to prevent the Defendants from using, exploiting or divulging to any third party any of the information contained in these LinkedIn Groups.

The Court agreed that Whitmar had a strong case that the individual Defendants had been actively competing against Whitmar while still employed by it, in breach of the terms of their employment.  Further, the Court rejected Wright’s claim that the LinkedIn Groups were personal to her and merely a hobby. Ms Wright was responsible for dealing with the LinkedIn Groups as part of her employment duties at Whitmar. The groups were operated for Whitmar’s benefit and promoted its business, as evidenced by the fact that Ms Wright had used Whitmar’s computers to carry out her work on the LinkedIn Groups.  The Court also agreed that information contained within the LinkedIn Groups appeared to have been used as the source of the email addresses used to publicize an Earth Island launch event.

Ultimately, the court granted an order requiring the Defendants to facilitate the exclusive access, management and control of the LinkedIn Groups to Whitmar. It ordered the Defendants not to access or do anything that would prevent Whitmar from accessing the Groups. The order prevented the Defendants from using, exploiting or divulging to any third party any of the information contained in the Groups.  So we can see that the contents of Groups created by employees on LinkedIn during employment also amount to confidential information belonging to the employer.

The cases above demonstrate that as different online networks become more and more important to certain businesses, employers should make it clear to employees which LinkedIn and other social network resources, blogs and online forums are operated by the employees solely in the course of their employment; and to what extent the information in such accounts belongs to the employer, in contrast to what remains personally owned by the employee.

So what can you do to prevent your Recruitment Company from suffering like Hays or Whitmar? We have established that the law states that private contact information gained during the course of employment can constitute confidential information belonging to the employer, as opposed to general contact details available from the public domain cannot.

The best form of protection for an employer is to have clear provisions in its employment contracts and Social Media Policy. Recruitment companies need to make it clear how their Consultants should use such online tools in the course of their employment and implement clear policies that set out precisely what data they retain as their own property and confidential information.

Obviously none of this is fool proof, and the cynics amongst you will recognise that even if all the provisions in the world are artfully crafted into employment contracts and handbooks there will always be a Consultant who will flout them and run off with that data. That I can’t stop. Unfortunately that will always be within human nature. What I can help you with though is making it a lot harder for the errant Consultant to do that and a lot easier for you to stop them.

If you think your Social Media Policy or Confidential Information provisions in your employment contracts require shoring up; If you need any further information on this subject; or if she can be of any assistance, please do not hesitate to get in touch with Lucy Tarrant at Cognitive Law on 0333 400 4499 or lucy.tarrant@cognitivelaw.co.uk . Otherwise, thank you for reading this blog.