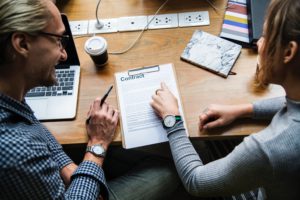 As we all know, Supervision, Direction or Control (“SDC”) is one of the fundamental factors which determines the employment status of a contractor. Is the contractor supervised, directed, or controlled, in how they carry out their work for the client?

Under the Intermediaries Legislation (aka IR35) the SDC test has already been in use to determine whether or not a contractor is truly self-employed for tax purposes. This anti-avoidance legislation was brought into effect to prevent the avoidance of PAYE income tax by directors of Personal Service Companies (PSCs). It applies to contractors who would be employees if it weren’t for the intermediary PSC through which they work. In order to be truly self-employed, and for IR35 not to apply, the end client can not have SDC over the contractor.

However, the effect that SDC could have on a contractor’s ability to claim tax relief on Travel and Subsistence expenses with effect from this brand new tax year is the reason why it’s become a hot topic again.

The definitions of SDC are set out by HMRC as follows:

Supervision: Someone overseeing the contractor doing work, to ensure that they are doing the work they are required to do and it is being done correctly to the required standard. Supervision can also involve helping the contractor, where appropriate, in order to develop their skills and knowledge.

Direction: Someone making the contractor do his/her work in a certain way by providing them with instructions, guidance or advice as to how the work must be done. Someone providing direction will often coordinate how the work is done, as it is being undertaken.

Control: Someone dictating what work the contractor does and how they go about doing that work. Control also includes someone having the power to move the person from one job to another.

The definitions above are only the beginning of the struggle that SDC causes contractors. There are three ways that HMRC are making the SDC test harder to pass:

If a contractor fails any element of the test it is seen that they are not truly self-employed.

As of 6 April 2016, if a worker is employed through an umbrella company or is a limited company director working inside IR35, they can no longer claim tax relief on Travel and Subsistence costs as expenses. As SDC determines whether or not a contractor can claim Travel and Subsistence tax relief, these changes make the SDC test even more important.

Tax relief for work-to-home travel expenses will no longer be available to umbrella or limited company workers if there is a SDC. As we saw above, HMRC hasn’t just limited this to workers who are subject to SDC. Workers only need to be subject to the right of supervision, direction or control to be caught. This is a much wider margin for HMRC to catch out contractors.

The restrictions are only going to effect workers who are essentially working inside IR35. But in order to be truly IR35 compliant, a contractor needs to be exposed to financial loss if the contract doesn’t work out. They also need to be able to substitute themselves with some one else for the duration of the contract. And, the contractor should be using their own equipment. Not much, hey?!

Contractors working outside of IR35 will not be affected by the proposed changes. It is therefore even more important than ever that Recruiters enable compliance. The terms of business on which you engage with contractors must be as watertight as possible. Terms that ensure the contractor is operating outside of IR35 are only part of the battle. It is just as important to ensure that the contract with your client complies too. But as what is written in terms can differ from the reality, both clients and candidates have to be educated to practice compliance too. I’m not suggesting that HMRC have anywhere near adequate resources to look behind the contracts of over 400,000 contractors operating in the UK, but a sham self-employment situation could be exposed if they did.

The proposed IR35 reform which has not (yet) come into effect makes compliance even more vital. If HMRC get their way, the client and/or the recruiter could be liable for any un-paid or avoided tax. If or when that is brought in, the risk to you or your client of losing the flexible working market will increase even more.

Personally, I dearly hope that the proposed reforms do not come to fruition. It’s going to be increasingly difficult for regulated sectors to comply with the SDC test, and many may choose not to take the risk. Some geographical areas will also be more impacted than others, such as those where contractors have to travel further to their client’s place of work.

The one small glimmer of hope is that the new rules on Travel and Subsistence don’t apply to contractors who are working at temporary sites. For example, a contractor from Brighton is working via an umbrella company and has a contract based in London. He travels to London everyday. Under the new changes, the contractor won’t be able to claim for the cost of travelling to London as an expense. However, if the contractor has a one off meeting in Southampton, he can claim for the cost of travelling because Southampton isn’t their normal place of work, London is.

But that is only a small glimmer. Don’t even get me started on the increased tax on dividends! As you will know from my previous blogs I don’t believe in leveling the playing field between employed workers and self-employed contractors. I think that’s akin to making them play rugby & football on the same pitch. Different games, different risks, and different rules. I also think it is potentially damaging to the country’s economy as a whole, and restricting to business.

So what can you do in order to fight the SDC battle? Well, watertight terms for contractors and clients is a good place to start. And education. Making sure that everyone is aware of the rules and comply with them in practice, as well as on paper.

And you didn’t hear this from me, but I’m not entirely convinced that HMRC has adequate resources to police every contractor’s or PSC’s tax claims. In order to be really effective there will have to be visible enforcement, otherwise we will see two classes of contractors – the compliant & the non-complaint. We shall see.

If you need any further information on this, or if Cognitive Law can be of any assistance with your recruitment company legal needs, please do not hesitate to get in touch with Lucy Tarrant on 0333 400 4499 or lucy.tarrant@cognitivelaw.co.uk. Otherwise, thank you for reading this blog.

How will the Proposed HMRC Tax Changes Affect Recruitment Agencies?
Do Recruiters really understand the Agency Workers Regulations?! (Or, Yet another application of Supervision, Direction or Control)
Contact Us
Send Us a Message
Head Office

Sure we wish for some social interaction but 'flocking back' might be a bit extreme. Balance, flexibility and time… https://t.co/SOgG7GKlda
We still can’t believe it’s taken a global pandemic for companies to realise that working from home doesn’t need to… https://t.co/MMjN3yAHAV
As we appear to find ourselves in lockdown again, this article remains true. For solicitors enjoying life working f… https://t.co/6knYf6ZpEk
© 2017 Cognitive Law Limited. Cognitive Law Limited is registered in England and Wales under company number 9753152. Registered Office: 15a Brighton Place, Brighton, East Sussex, BN1 1HJ.  VAT number 196 981 441. Cognitive Law Limited is authorised and regulated by the Solicitors Regulation Authority (SRA Number 626344) and complies with their 2011 Code of Conduct |  Privacy Notice |  Our Terms of Business  | Our Complaints policy
This website uses cookies. By continuing to browse the site, you are agreeing to our use of cookies