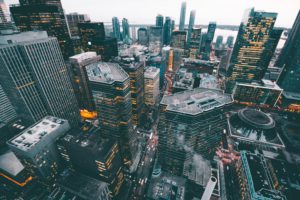 Where a tenant is a company and it fails to pay the rent due under a lease a landlord may:

These remedies may though be affected by the Insolvency Act 1986.

In the case of an insolvent commercial tenant the most common insolvency regimes that will apply are a Company Voluntary Arrangement (CVA), Administration, LPA Receivership, Creditors’ Voluntary Liquidation or a Compulsory Liquidation.

A CVA is essentially an arrangement entered into between the company and its creditors that settles the debts of the company to those creditors on terms were have been agreed. The CVA will be voted upon by the company creditors and requires 75% of creditors in value who vote to vote in favour of the arrangement. The arrangement then binds all creditors no matter how they voted.

The CVA is supervised by an insolvency practitioner and unlike a Liquidator the Supervisor cannot disclaim the lease. The CVA can make provision for payments due in the future from the company and can contain terms which may release former tenants or guarantors of the tenant from liability under the lease.

Once in place a CVA prevents the landlord from exercising CRAR, suing for rent or forfeiting the lease. If the tenant breaches any of its obligations after the date of the CVA then the landlord is free to enforce against the company for any post CVA breaches of the lease.

Effect of Administration on Landlord’s remedies

When a company enters into administration it can do so by way of an application to court or through an out of court procedure. Once the out of court procedure has been commenced an interim moratorium is created, and once the company is in administration there is a moratorium that will prevent the landlord from exercising CRAR, forfeiting the lease, beginning or continuing with any court proceedings, or taking any step to enforce its security. The landlord may only proceed with any of the steps outlined if it has the permission of the court or the consent of the Administrator.

Effect of Receivership on Landlord’s remedies

LPA receivers are appointed by the holder of a fixed charge over the property. Their powers come from the Law of Property Act 1925 and from the express terms of the charge.

When a company’s been placed into a CVL a landlord can still exercise CRAR, Sue for rent or forfeit the lease without the leave of the court. However, the Insolvency Act does enable another creditor, the Liquidator or a contributory to apply to court to restrain any action or proceedings. By definition actions and proceedings include court actions for non-payment of rent and court actions for forfeiture. It is also arguable that forfeiture by peaceable re-entry is also to be regarded as an action or proceeding. As with compulsory liquidation the continued use of premises by a Liquidator can result in the current rent becoming an expense of the liquidation payable in priority to certain other creditors.

The landlord can sue for rent owed in the period between the presentation of the petition and the making of the order to recover the arrears of rent without the leave of the court. However, the Insolvency Act does allow another creditor or the company or contributory to apply to have the action stayed. Once a winding up order has been made leave of the court is then required to commence or continue with any action to recover arrears of rent. CRAR may not be commenced after the petition has been presented and may only be continued with if the Court gives its permission. In relation to forfeiture by court action the same provisions of the Insolvency Act apply as they do to suing for arrears of rent. Any action can be stayed before the order winding up the company is made and after the order has been made leave is then required to continue commence the court action for forfeiture. In the case of forfeiture by peaceable re-entry the situation is broadly the same as above although strictly speaking the legal situation is not so clear.

It should also be remembered that after the liquidation has commenced and the Liquidator has been appointed the current rent can be claimed as an expense of the liquidation and if such a claim is successful it will rank ahead of the claims of other creditors such as those with floating charges or unsecured creditors.

The above guide is not intended to be taken as specific legal advice and a Landlord faced with the prospect of dealing with an insolvent tenant should always take their own legal advice at the earliest opportunity. Many landlords will find that taking specialist insolvency advice will save then time and could result in a better outcome for them. Cognitive Law have solicitors experienced in this area who can give the specialist advice that is required in this area.