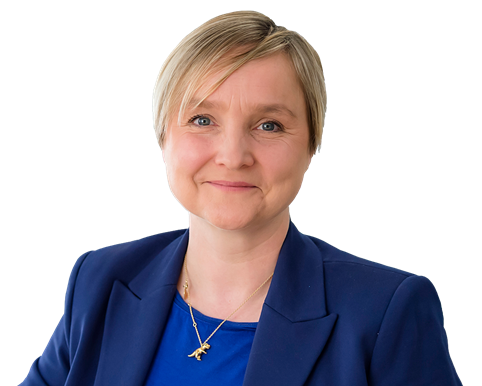 We asked our very own Employment Solicitor Annabel Cole why she chose to ditch the traditional law firm set up in favour of pursuing a career as a consultant solicitor at Cognitive Law.

How many years have you been a lawyer?

I have been a lawyer for 17 years.

Where did you first start your career and how did it develop?

I started my legal career in Westminster and continued working in London for over 10 years, finishing my time in London at Speechly Bircham. I then moved to Brighton and worked at Loch Associates in Tunbridge Wells. I was promoted to Associate Director during that time but found the culture changed as key staff left to pursue other paths. I decided to do the same and to set up my own limited company on a self employed basis.

When did you start thinking about becoming a Consultant?

I met Lucy Tarrant at a First Friday lunch at Hotel du Vin whilst I was working at Loch Associates. We struck it off and I took her business card for future reference. When I left my firm I spotted an advertisement on LinkedIn which Lucy had posted indicating that she was looking to expand and recruit employment specialist consultants. I then met up with Lucy and Stuart for a coffee and was delighted to be offered the role with a start date of December 2016.

Why did Consultancy sound appealing to you?

When you have reached a certain level of experience in a profession you naturally find yourself wanting to exercise more control over the type of clients you are working with and the type of work you are doing. Essentially, you want to be the decision maker and, in my case, I wanted to work outside the framework of the traditional private practice set up, which I had experienced over the preceding 15 years.

Did you have any reservations about becoming a Consultant and if so what were they?

Having met Lucy and Stuart I had no reservations about joining Cognitive.

Why did you choose to join Cognitive Law?

It’s a progressive and forward thinking firm led by a high calibre individuals with the right business model for consultants to work within and with first class head office staff providing support.

How has your life changed since joining the company?

I am considerably happier, occasionally advise clients whilst walking our dogs in the woods but, most importantly, it has provided me with the flexibility to adopt two young children.

Were your reservations addressed when you became a Consultant?

What would you say to any lawyer thinking about becoming a Consultant?

Three little words. Just do it!

To sue or not to sue?
THE 7 DEADLY MYTHS ABOUT BEING A CONSULTANT SOLICITOR
Contact Us
Send Us a Message
Head Office