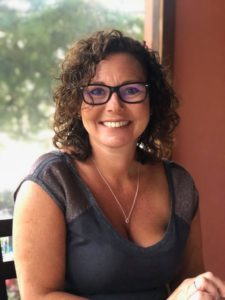 This is the first in a series of mini blogs by me about my journey setting up Cognitive Law. I hope it will give a flavour of where the idea came from and how the firm came into existence.

There was always part of me that resisted working in a traditional legal practice. I knew that I loved practising the law, I just wasn’t always content in the way I was being moulded to do it. I am very conscious of the fact that my days in traditional private practice were invaluable in providing me with expertise, not just in the law, but in compliance, client care and business development. This is not an essay on all the wrongs of the legal profession. What I didn’t enjoy was the regimented approach to practising law.

For many years I assumed I was just the difficult one who was raging against the machine. I was probably told that more than once, too. But I really didn’t see how it affected my productivity if I worked from home, or during other hours than 9 – 5.30.

Before I became a parent, everything was much easier! I worked hard, I played hard & sometimes I even found time to go to the gym. But after I came back from maternity leave, things got much harder. Working reduced hours wasn’t a financial option for me. So started the time bound limitations of nursery opening hours, client work and business development.

Within 6 months of returning to my full time role as an Associate Solicitor I was already exhausted. I wanted the career, but I also wanted to enjoy being a parent. I hated the fact that I had to leave the office in the evening at break neck speed to collect my daughter from nursery, before I even thought about all the delightful domestic chores that accompany family life.

I negotiated leaving 2 ½ hours early 2 days a week, making up the hours in the evenings. That is fine in theory, but much harder to do in practice when you’re already knackered. I think I actually worked harder those 2 evenings, to justify being “allowed” to flex my hours like that.

Not too long after that I became a single parent. Then the fun really began. Breakfast clubs and after school clubs were the only way I could (barely) make it to the office on time and work my contractual hours. Working in the evenings was no longer realistic, as I juggled Brownies, gymnastics, swimming lessons, and goodness knows what other extra curricular activities I have already forgotten about. Not working full time was still not a financial option. But something had to give. It was either going to be my sanity, or my career.

I do believe in fate, and at the point at which I was reaching breaking point, I was approached by my former business partner to co-found Cognitive Law. Although the prospect of self-employment was terrifying, I knew I had to give it a go. Since then I have heard phrases such as “It’s not impossible, you just haven’t done it yet.” And “The only limits are the ones you set yourself.” A little trite perhaps, but very true. There aren’t many times in your life when you make a leap of faith, but this was definitely one of them.

If you feel like you’re in a similar situation to what I was take a look at our Join Us page to find out more details about how becoming a consultant solicitor could change your life.

We talk about being consultant solicitors a lot and realised not all solicitors will know what we mean. So we’ve ta… https://t.co/FFyTbX0MJA
Recruiters - start the year as you mean to go on. Here's some top tips from recruitment law expert @LucyLegal on ho… https://t.co/alToiaXiXI
How has or should the legal industry changed in light of the Covid-19 global pandemic and what can solicitors do to… https://t.co/TsJgjUmqkD
© 2017 Cognitive Law Limited. Cognitive Law Limited is registered in England and Wales under company number 9753152. Registered Office: 15a Brighton Place, Brighton, East Sussex, BN1 1HJ.  VAT number 196 981 441. Cognitive Law Limited is authorised and regulated by the Solicitors Regulation Authority (SRA Number 626344) and complies with their 2011 Code of Conduct |  Privacy Notice |  Our Terms of Business  | Our Complaints policy
This website uses cookies. By continuing to browse the site, you are agreeing to our use of cookies