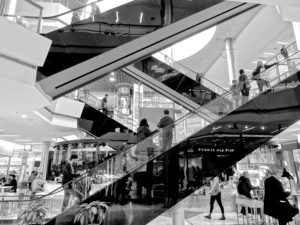 In October 2017 it was widely reported that Personal insolvencies rose by 11% in the three months to September. This was up by 8% for the same period in 2016, the largest contributor to the increase was the record number, 15,523 individual voluntary agreements. There were also 6,274 debt relief orders for the same period.

At the same time it is also being reported that real wages are falling and that personal credit limit is being increasingly limited. With individuals likely to find it a struggle paying for the essentials in life it was only a matter of time before the High Street began reporting difficulties.

In October it was reported that the number of insolvent businesses had risen by 15% compared to the second quarter.

With less money in the consumer pockets it is not therefore surprising to hear that even the larger of the traditional high street shops are looking to their landlords to help ease the pain by reducing rents.

By the end of 2017 it was reported that 118 retailers went into administration last year, representing a 28 per cent increase on the 92 that filed for insolvency in 2016. Analysis carried out by Deloittes showed that nobody was safe, noting that for the large retailers (those operating more than 10 stores) the figure had risen by 55%.

Of the 118 retail administrations in 2017, the biggest number – or 26 per cent – happened in London, followed by the North West which accounted for 22 per cent and the South East, where 20 per cent of the insolvencies occurred.

With Christmas sale figures being released over January it will interesting to see who the winners and losers were in terms of retail sales, however real questions remain as to how the economy generally will perform over the coming 12 months with uncertainty to remain and confidence likely to remain flat.

Businesses will therefore need to ensure that they are able to ride out the latest waves of uncertainty and keep a close eye on their own finances as well as their customers. There are tell tale signs that your customer might be experiencing financial difficulties which could ultimately affect your healthy business, these include:

"I had become a cliché of the working professional mother. Stressed, tired, guilt-ridden and unfulfilled." The word… https://t.co/BXDMEtiPev
Flexible working has become a increasingly popular way of working, but as a business owner how do you manage the pr… https://t.co/xolhA1qbxO
Ooo look, the latest BN5 Magazine is out. Always a good read and handy mag for the locals in #Henfield and surround… https://t.co/Q8Wr6dKqsy
© 2017 Cognitive Law Limited. Cognitive Law Limited is registered in England and Wales under company number 9753152. Registered Office: 15a Brighton Place, Brighton, East Sussex, BN1 1HJ.  VAT number 196 981 441. Cognitive Law Limited is authorised and regulated by the Solicitors Regulation Authority (SRA Number 626344) and complies with their 2011 Code of Conduct |  Privacy Notice |  Our Terms of Business  | Our Complaints policy
This website uses cookies. By continuing to browse the site, you are agreeing to our use of cookies