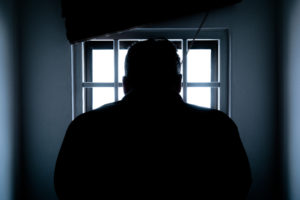 The case brought by the ‘The Pensions Regulator’ against Dominic Chappell concluded this week at Brighton Magistrates Court following a four day trial and seven hours of deliberation by the District Judge. Mr Chappell was convicted of three counts of failing to provide information to the regulator over a 10-month period. Sentencing has been adjourned and an Appeal is said to be being considered.

However, the case is a timely reminder that Directors can be vulnerable to prosecution after the failure of their company. Whilst this trial was a result of a prosecution by The Pensions Regulator a Director of a failed company can be subject to disqualification proceedings.

A person who finds themselves disqualified cannot operate with “limited liability”. They cannot form or manage any form of limited company, or act as a director. The prohibition extends beyond merely being appointed at Companies House as a director, they are stopped from acting as a director. There are also further roles, such as acting as an Insolvency Practitioner that they are prevented from holding.

The purpose of disqualifying someone from being a director is to protect the public and to ensure that those granted limited liability in their business dealings are competent and honest.

In the event that an individual is disqualified they can still apply to Court for permission to act a director, the application is made under section 17 Company Directors Disqualification Act 1986.

The Court will have to consider a number of issues and balance the need for the individual to be a director against the need for the public to be protected. If permission is granted it will only be in relation to named companies and likely to be subject to conditions.

To read more about our insolvency services we offer click here.

Why I Co-Founded Cognitive Law
What is a prohibited name?
Contact Us
Send Us a Message
Head Office