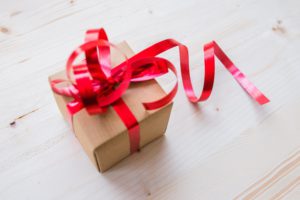 However, the Insolvency Act also has a provision which allows transactions at an undervalue that were intended to defraud creditors to be overturned, section 423 Insolvency Act. Unlike the provisions of section 238 and 339 there is no statutory time limit for a claim and creditors may also bring a claim, although the use of section 423 is curtailed by the high evidential burden placed on the claimant.

The Court of Appeal recently had to consider a case involving the defendant, who, aware that he was facing proceedings which could bankrupt him transferred assets to his son.

The victim of such a transaction will need to satisfy the Court that they can evidentially show that it was a purpose of the transaction, rather than simply showing that the end result or consequence, was the putting of assets beyond the reach of creditors.

In this particular case the First Instance decision was that that no order could be made under section 423. The Court concluded that the transfer was a gift but the purpose of making the gift was to secure an Investor Visa for the debtor’s son. The debtor had appreciated that when making a gift this might prejudice the interests of his judgment creditors but that was a by-product of the gift rather than its substantial purpose.

The Court of Appeal upheld the order of the lower Court, confirming that section 423 can be engaged in a dual-purpose case and that the victim need must establish that ‘a purpose’ of the transaction fell within Section 423 not that this was the sole purpose. There was no requirement that the statutory purpose was the dominant purpose or substantial purpose. In this case the judge at First Instance had found as a matter of fact that the debtor would have made a gift whether or not it would have put money beyond the reach of his creditors and was not prepared to infer that this was the purpose of the gift. The Court of Appeal confirmed that this was a correct approach in such matters. The Court cannot assume what the purpose of the transaction was, it was for the victim, to prove. Unless the victim can prove that it was the defendant’s purpose to put assets beyond the reach of creditors section 423 will not result in a remedy.

At Cognitive Law we have experience in bringing and defending claims in connection claims under sections 228, 339 and 423 and are happy to discuss any issues that you may have in this regard.

The contents of this article are intended for general information purposes only and shall not be deemed to be, or constitute legal advice.

Before you sign on the dotted line…..
First Friday Lunch club – September booking
Contact Us
Send Us a Message
Head Office